How Will Bidens Plan to Cancel the Credit Bureaus Affect the Credit Repair Industry?

There is a lot of discussion on social media and online articles about President Biden’s plan to revamp the current credit reporting system. The main emphasis is to make the system fairer and to level the playing field for economically disadvantaged Americans.  The plan, although still in early stages, would eliminate the existing credit reporting agencies and centralize consumer credit data into the Consumer Financial Protection Bureau in Washington, D.C. Here we are going to analyze how this plan to cancel the credit bureaus will affect the credit repair industry.

The Main Points of Biden’s Plan

The general plan calls for all credit data regarding consumers' payment history to be collected and reported by a new department of the Consumer Financial Protection Bureau called the Public Credit Registry. This move would eliminate the main purpose of the existing credit reporting agencies (Experian, Equifax, and Transunion). However, there are other parts of the plan that Biden will add to the plan that is aimed at helping economically disadvantaged Americans.

This plan to cancel the credit bureaus and form a new public credit data department doesn’t solve many of the current issues and complaints people have with the existing credit reporting agencies. The information the credit bureaus have on file for a consumer is reported by creditors. It is estimated that one in five Americans have discovered errors on their credit reports. Presumably, there are many more consumers that have not yet discovered errors.

This proposed Public Credit Registry would have this same erroneous data to contend with. In an article on Forbes.com, it is estimated that the Consumer Financial Protection Bureau would have to be doubled in size to handle the number of disputes currently coming into the big 3 credit bureaus on a daily basis.

There is no explanation as of yet regarding how a consumer would be able to dispute an erroneous or obsolete item on their credit report. Therefore, credit repair companies as well have no clear path as to how they would assist their clients to do the same.

Most likely there will be a plan for this, but will a government agency be better at handling this process than the current credit reporting agencies? Most would argue that they would not.

Reduce the Time Derogatory Items are Listed on Credit Reports

Under the current system, a derogatory account can be listed on a consumer credit report for up to 7 years. This new plan will reduce that to 4 years. This would assist those that have had challenges in their past but have been making on-time payments on their existing debt in recent years. An argument for this part of the plan is that reporting negative information for 7 years is not an accurate reflection of an individual’s current financial situation. This would also align the time period of reporting derogatory accounts with most state’s statute of limitations on unpaid debt which is typically 4 to 6 years.

Allow for Student Loans to be Included in a Bankruptcy

Currently, student loan debt cannot be included or discharged in a bankruptcy filing. This new plan would reverse that decision and allow for individuals to file bankruptcy to avoid paying student loan debt. This part of the plan is fraught with many negative ramifications and may make it more difficult to get student loans.

Another issue here is the question of who would then be left writing off this debt? Would the lending institution who provided the student loan simply forgo payment? Or would the federal government absorb this shortfall? This is no small issue. There is $1.7 trillion owed in student loans by 44.7 million Americans.

If lenders of student loans are affected, this may make it more difficult for future students to get loans for their education. Or, if the federal government is to pay this shortfall, can they afford to absorb it?

Medical Debt Would be Excluded from Credit Reports

Biden’s plan would eliminate the reporting of medical debt. The current problem is that when an individual incurs debt for medical treatments and surgery, it takes months to realize how much of those medical bills are to be paid by health insurance companies. The current system often times leaves the consumer unaware that they owe an amount or how much they owe.

However, medical debt is debt regardless. By not reporting this debt it does not give future creditors an accurate view of a consumer’s ability to pay them back for credit extended. Perhaps a better approach would be to oversee medical insurance companies and their policies regarding the payment of medical bills incurred by their insureds. 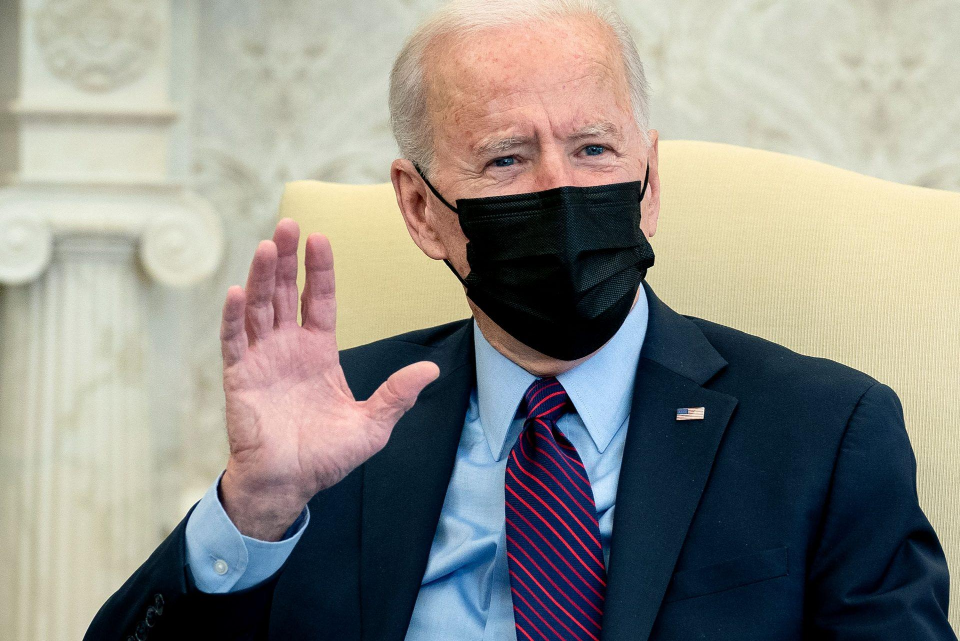 Prospective Employers Could No Longer Look at an Applicants Credit History

It is estimated that between 16% and 25% of employers pull credit of job applicants for certain positions. Typically, these are positions that require the handling of money such as retail clerks and bank tellers. Companies do this to reduce the instance of fraud and theft. Under the Biden plan, this would not be allowed.

By not allowing credit checks employers would have no way of understanding the amount of debt and number of creditors an applicant has. This could increase the amount of theft and fraud by employees.

Currently, companies that provide utility services such as gas, electricity, and cell phones do not report on-time payments by consumers. Similarly, landlords do not either. However, they are allowed to report late and delinquent payments.

This is an unfair policy. If utility companies and landlords are allowed to report negative information, they should also be forced to report positive payment history as well. However, we do not need to build a new department of the federal government to solve this problem.

What Does Forbes.com Have to Say About a Plan to Cancel the Credit Bureaus?

In an article dated February 22, 2021, Forbes stated that there are many problems with the Biden plan to cancel the credit bureaus including the fact that there is no clear plan to accomplish all that is proposed. Amongst what is already stated above they believe this may actually hurt the people Biden is trying to help by making credit more difficult to get. Lenders will have less information to look at to make lending decisions. Therefore they may raise risk factors such as interest rates and points on loans to cover the added risk.

This plan also increases the size of government and the overreach of government in people's lives. They also state that “…the call for a public credit reporting agency creates a cure worse than the disease”. They feel it’s better for lawmakers to fix the current system than to blow it up and create a new one.

What we have to keep in mind is that Biden's plan is just that, a plan. There is a long process for any plan to be turned into law. Let’s remember that Barrack Obama was elected partially based on a plan to change our health care system. It took his administration two full terms in office to get Obama Care passed which ended up being altered significantly from the original plan.

In this case, Biden's plan to cancel the credit bureaus was not the focal point of his campaign for office. Yet it will be fought against just as hard by the 3 $billion credit reporting agencies. This plan effectively wipes out their business models. As well, a host of smaller such companies and the estimated 15,000 creditors who currently report to the existing credit repair agencies on a monthly basis will oppose it as well. The reason being is that it will severely limit the amount of information on which they can base consumer lending decisions.

It is estimated that turning this plan into law and then implementing it will take 7 to 10 years if not longer. This, of course, is predicated on Joe Biden getting reelected and then perhaps on the plans of a future president 4 to 8 years from now.

But even under the current credit reporting system, companies that only dispute negative items and do not help their clients improve their credit score and finances in other ways are in jeopardy regardless. To be competitive in the very crowded credit repair market individuals and companies that are vying for consumer business must offer more.  The removal of negative items only impacts the category of payment history which only makes up 35% of a consumer credit score. The vast majority of companies in the credit repair industry are ignoring the other 65% of the credit score pie.

Our company offers services for one low monthly fee that repair, protect and monitor a client's credit score. However, we also have ways to impact the other factors that make up a consumer credit score. When we talk with a prospective client we are not just concerned with their negative items. We explore ways to help them reduce their debt and to build more positive credit as well.

Should You Buy Credit Repair Leads?

Credit Repair Surety Bond - Do You Need One?

Credit Repair Classes - What You Need to Know

How to Get Referrals in the Credit Repair Business